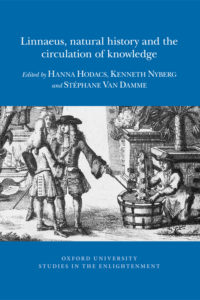 Although six months late, here is a brief post to introduce a new(ish) book I am both excited and proud to be a part of: Hanna Hodacs, Kenneth Nyberg and Stéphane Van Damme (eds.), Linnaeus, natural history and the circulation of knowledge, Oxford University Studies in the Enlightenment 2018:1 (Oxford: Voltaire Foundation, 2018). Published last January, this volume – with contributions by ten scholars from almost as many countries – examines the circulation of knowledge about nature in the long eighteenth century. As the back cover puts it, in the book we ”argue for the need to re-centre Linnaean science and de-centre Linnaeus the man by exploring the ideas, practices and people connected to his taxonomic innovations”. (See below for the table of contents.) Apparently this is just what many people had been waiting for, because a few days ago I and my co-editors received word that the volume has already sold out of its (admittedly modest) first print run with a second printing now underway.

More information about Linnaeus, natural history and the circulation of knowledge is available on its page at the Voltaire Foundation’s website and in the blog post written by the volume editors at the time of the book’s release. Shortly after, both Dalarna University and the University of Gothenburg interviewed Hanna Hodacs and me, respectively, for online articles in Swedish on the aims and arguments of the volume. Finally, as a matter of historical record (as it were), I have also published blog posts here about the workshops in Stockholm in 2012 and Florence in 2014 where early versions of the contributions to the volume were presented and discussed. More than five years from first drafts to finished book is a very long time, but in this case it was definitely worth the wait.

Update 14 August 2018: If you want to order the book, the purchase link on the Voltaire Foundation page mentioned above does not work. Instead, go to this page at Liverpool University Press. 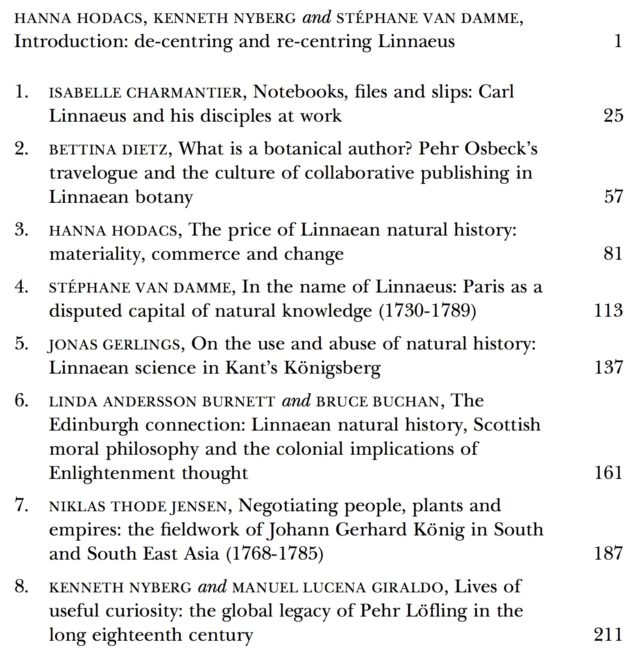